Iran War: This is creepy 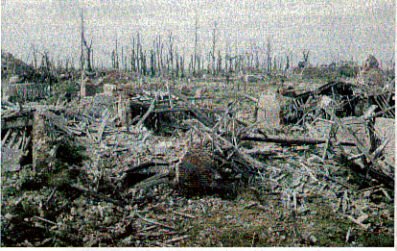 It's an appeal from a guy who served in the communications office of former Isreali Likud Party Premier Binyamin Netanyahu. He's explicitly asking American Christians to lobby the White House to bomb Iran: Right on: A plea to American Christians by Michael Freund Jerusalem Post 12/12/06.

The would-be Hitler of Persia [Iran] has already made it abundantly clear that he plans to wipe Israel and its millions of Jews off the map. And last week he told Western leaders that their turn would soon be next: "If you do not respond to the divine call," he warned, "you will die soon and vanish from the face of the earth."

Three months. That's all we've got. That's all that stands right now between the world as we know it, and one in which the Persian executioner will be able to put his finger on the nuclear button. ...

Storm the heavens with your prayers, and the White House with your pleas.  Speak out now and urge US President George W. Bush to eliminate the Iranian nuclear threat once and for all.

BY NOW it should be clear: Nothing less than US military action is going to deter Teheran from pursuing its nuclear goals.  Threats of sanctions and finger-wagging have failed to do the job. (my emphasis)

No, thanks, Mike. We're still trying to get out of George Bush's holy war in Iraq without having our Army completely wrecked in the process. But if you want to attack Iran, y'all go right ahead. Sure, Hizbullah surprised your army last summer and, well, defeated it. But maybe Iran will be a cakewalk for you. Of course, if your country or ours bombs Iran, we can pretty much kiss our own Army in Iraq goodbye. But, hey, if it's God's Will, it's God's Will, right?

I mean,God talks to our Dear Leader Bush, too. And look how well we're doing following God's will (as translated by Bush) in Iraq and Afghanistan. Good luck with that holy war against Persia. But we've got more holy war than we can handle at the moment.

Bruce, the link to the article did not work for me.
Amber

Thanks for the tip, Amber.  I've re-entered the link and you should be able to get to the article from it now. - Bruce