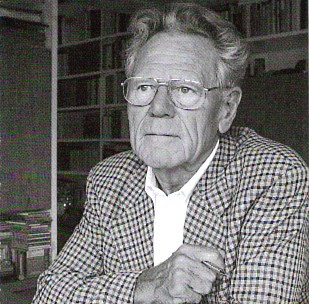 Hans Küng in Der Islam: Geschichte, Gegenwart, Zukunft (2004) considers the question of whether Christians can consider the Qur'ān (al-Qur'ān, the recitation) as in some sense God's word to Christians as Christians (my translation):

But should one as a Christian even ask such a question?  Must one not reject such an idea at the beginning based on the Bible?  Do we not find in the New Testament a wealth of negative statements about error, darkness and guilt of the non-Christian world?  Actually, these judgments are applied to people who reject the biblical message in a guilty way.  They are clearly less definitive judgments of condemnation than particular challenges to conversion.  And next to them we find - this must not be overlooked - more than a few positive statements about the non-Christian world, according to which there is an original manifestation of God to all of humanity.  Yes, even non-Jews and non-Christians can also according to the Old and New Testaments know the true God; they can recognize what these texts themselves understand as the revelation of God in creation.

Can we therefore in the context of this biblical background exclude the possibility that on the basis of God's revelation in creation innumerable people of prehistory and the present experienced and experience the mystery of God?  Can we exclude the possibility that some people were also thereby given a special knowledge, carried out a special mission, had a particular gift?  And could this, on the basis of all that has been said, not also be the case precisely for Muhammad, the Prophet from heathen Arabia?  "Extra Ecclesiam nulla conceditur gratia - outside of the Church, no mercy is granted": this opinion was expressly condemned even by the Roman teaching office.  And as always:  If we recognize Muhammad as a post-Christian prophet, than we will also have to acknowledge that whereupon Muslims above all arrive:  that Muhammad had his message not simply from himself, that his message was not simply Muhammad's word, but rather is God's word.

Hans Küng is one of the best-known living Christian theologians - arguably the leading Christian theologian alive today.  Among other things, he is known for his efforts to develop an ecumenical theological perspective whereby Christians can recognize other religions as valid in their own right, without thereby giving up their identity as Christians.

Küng was an important theologian at the Second Vatican Council in the Catholic Chuch, which established historical reforms in the Church.  Not least among those reforms was a new ecumenical perspective.  It still comes as a surprise to some Catholics that the official position of the Church is that a person can have a fully valid relationship to God without being a Christian.  Or, to put it in conservative Protestant terms, that someone can be saved and go to heaven without accepting Jesus as their Savior.

The Swiss Küng is a theologian at the famous Tübingen University in Germany.  He lost his Catholic "franchise" in a dispute over the doctrine of papal infallibility, which he criticized heavily.  So now he can't call himself a "Catholic" theologian, but is rather known as an ecumenical Christian theologian.

He started an ecumenical initiative called Project Weltethos to promote dialogue among the major religions of the world (English version of Web site at the Global Ethic Foundation).  The statement of the basic perspective of Project Weltethos is:

Underlying the Global Ethic project is the basic conviction that there can be:

Küng's Der Islam is the third of a trilogy he's written about the "Abrahamic" religions.  The first two included Das Judentum (1991) (English version: Judaism: Between Yesterday and Tomorrow) and Das Christentum: Wesen und Geschichte (1994) (English version: Christianity: Essence, History and Future).  The English translation of Der Islam is not yet available.

As I make my way through the book, I'll very probably be posting on additional items from it.

Speaking as a pagan, with all due respect, if Christians have manged to swallow the notion that the Bible is the word of God, it should be no big deal to add the Koran to the revered category of Christianity's sacred scriptures.

I have a better idea -- let's all become Buddhists, or Quakers.  That would solve a lot of problems.

My view of religion is that we are not getting it right if our spiritual practices separate us from others.  If reading the Koran, reverently, helps Christians to be better Christians, and removes an unhealthy barrier separating them from Muslims, then the Koran ought to be adopted as a Christian scripture.

There are so many contradictions in the Bible already -- a few more won't kill us.